2018 will mark the 500th anniversary of Tintoretto’s birth and it will be marked by a number of celebratory events worldwide.

The Venetian scuole were semi-religious confraternities or guilds bound together by profession, nationality or devotion and the Scuola dedicated to St Roch was one of the wealthiest and most prestigious, enabling its members to fund the construction and decoration of a splendid new headquarters.

The vast canvases which cover the walls and ceiling of this elegant Renaissance building represent one of the most ambitious artistic projects of the 16th century and one of the greatest achievements of their creator, Jacopo Tintoretto, a project encompassing around 60 paintings to which he dedicated well over 20 years of his life.  We examine how Tintoretto was able to secure this celebrated commission, and explore the genesis and development of the series. The lecture assesses how these moving and dramatic paintings reflect the teachings and activities of their patrons, and considers their impact and influence on subsequent generations of artists including Rubens, Velázquez and El Greco, who famously praised Tintoretto’s Crucifixion as being the greatest painting in the world. 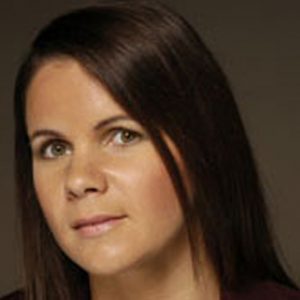 Siân Walters is an art historian and a lecturer at the National Gallery. She also lectures for Surrey University, NADFAS and many other art societies in the UK and Europe, and leads art and architecture tours abroad for many companies and organisations including the Royal Academy, Kirker and NADFAS.  Siân runs her own company, “Art History in Focus” which organises regular lectures, study days and art holidays abroad and was named a Highly Commended finalist in the World’s Best Guide Awards in 2016.

Her specialist areas are 15th and 16th century Italian Art, Spanish Art and Architecture, and the relationship between Dance and Art (she is an honorary advisor to the Nonsuch Historical Dance Society). She has given many especially commissioned lectures on this topic for the National Gallery, including one in conjunction with the gallery’s recent “Leonardo: Painter at the Court of Milan” exhibitions.  Recently she was asked to represent the National Gallery at the international Hay Festival where she gave a number of presentations on the gallery’s recent Titian acquisitions. Siân studied at Cambridge University where she was awarded a choral exhibition and a 1st for her dissertation on the paintings of Arnold Schoenberg. She has lived in France and Italy where she worked for the eminent Haydn scholar H.C. Robbins Landon and for the Peggy Guggenheim Museum in Venice.