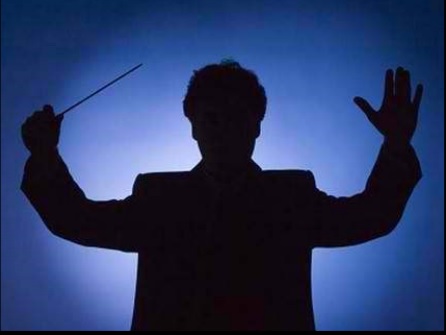 What is it that conductors do that makes orchestras respond in so many different ways? Is it a good baton technique?  A strong personality?   The way they look?  Why are there relatively few women found on the podium?   And why are the conductors paid so much more than anyone else on the concert platform?  Drawing on history and his own musical experiences from well over six thousand performances and recordings, Nigel seeks out some answers.  This lecture contains some rare video footage of conductors in rehearsal and performance.

Nigel Bates was the Music Administrator of The Royal Ballet and has been a performer for more than forty years in and out of the Royal Opera House, Covent Garden.
In the course of over 6000 performances, broadcasts and recordings he has worked with many of the leading figures in the classical music industry. He commenced his musical career in the Regimental Band of the Scots Guards before joining the Orchestra of Sadlers Wells Royal Ballet and working as a freelance player  with most of the London orchestras and ensembles.
He was Section Principal Percussion of the ROH Orchestra from 1993-2009 and worked with The Royal Ballet Music Department from 2012-2020. He has been a regular contributor to the printed and online content of the Royal Opera House and was also a producer for BBC TV’s documentary series Maestro at the Opera and Pappano’s Classical Voices.

Nigel has given lectures and presentations for over thirty years both in the UK and abroad, including nearly every society in the Australian DFAS network.