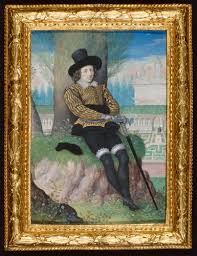 The lute holds a special place in the history of art: painters of the Italian Renaissance depicted golden-haired angels plucking its delicate strings, evoking celestial harmony; in the sixteenth century, during the rise of humanism, the lute was a becoming pastime of educated courtiers, as depicted by the likes of Holbein and Titian; throughout the seventeenth century, the instrument continued to play a key role in emphasising the intimate, debauched and transient pleasures of interior scenes by Jan Steen and portraits by Frans Hals. This lecture looks at the lute, and other musical instruments, as devices to express various aspects of the human character throughout the ages.