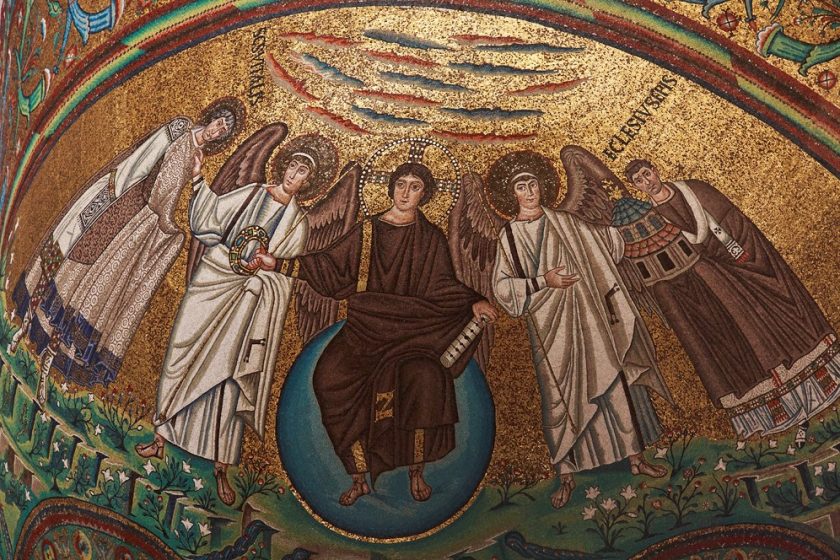 In 402AD Ravenna became the capital of the Western Roman Empire and continued to prosper under Ostrogoth and then Byzantine rule.This past eminence left Ravenna with a legacy of richly decorated early Christian buildings, which has earned it UNESCO World Heritage site status. This lecture will explore some of these buildings and their magnificent mosaics: The octagonal church of San Vitale, home of the celebrated portrait panels of the emperor Justinian I and his wife, the notorious empress Theodora; the basilica church of S. Apollinare Nuovo decorated with spectacular processions of male and female saints, and with surprising evidence of its past life as the palace chapel of Ostrogoth King Theodoric; the basilica church of S. Apollinare in Classe featuring a magical starry sky apse mosaic; and the exquisite mosaic decoration of the cruciform oratory of imperial princess Galla Placidia, with its inspiring mosaics against a heavenly blue background.

Dr Helen Rufus-Ward is an art historian with a BA, MA and PHD from the University of Sussex.  She has published on Late Antique and Byzantine ivory carvings and 19th century collecting.  Since 2007 Helen has worked as a university lecturer.   Helen holds a Higher Education Academy teaching qualification, and is a member of the Society for the Promotion of Byzantine Studies and is the Chairman of Eastbourne Arts Circle.